On the way to Kedarnath, lies temple of Dhari Devi on the bank of Alaknanda River in Srinagar, Uttarakhand. This temple is home of the upper idol of Goddess Dhari while its lower half is in Kalimath. She is known protector of the Char Dham and reincarnation of maa kali.

This article is about the floods of 2013 that destroyed everything in its path and left us with the question of how gods can be so brutal.

The locals believe that Goddess changes forms during the day. She is a child in the morning, a woman in the afternoon to an old lady in the evening. Goddess Kali is known for her anger and powers to end the world and cause havoc when angered. In 2013, original temple of goodness Dhari was demolished for the construction of the 330 MW Alaknanda Hydro Electric Dam built by Alaknanda Hydro Power Company Ltd (AHPCL). The temple was causing hindrance to the Hydro Power project.  After many protests by the locals, it was decided to move the deity. On 16 June 2013, due to heavy rainfalls, the idol was removed from her place. Hours after the idol have moved the region faced of the biggest tragedies that shook the region and taken many lives. As soon as the idol was lifted from her original position, cloudburst occurred which resulted in disastrous floods and landslide in Kedarnath. This devastated the whole Uttarakhand killing hundreds of people.

The original project was left in ruins after the floods but it didn’t cause any damage to the temple. People believe that Uttarakhand has to face Godness wrath as she was shifted from her original place where she has been for thousands of year.

A similar attempt has been made in 1882. A local king tried to shift the place of the idol but the result of it was disastrous. The implication was a landslide that almost flattened Kedarnath. After that locals believe not to anger Dhari Devi who has immense power and showed it every time to people when they tried to relocate her. 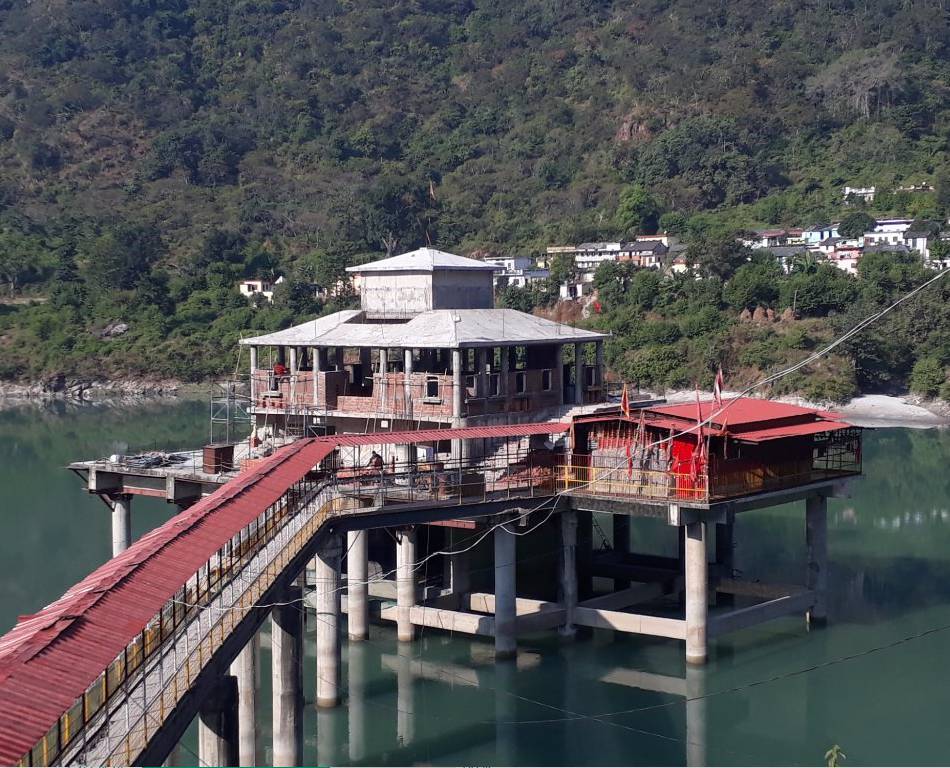 Now a new temple is being constructed just above the place of her original location. To facilitate the Hydropower Project smoothly the height of the temple was raised around 611meters so that the temple would stay above the water level of Alaknanda River and would not submerge in the river.

Is this a Gods ways to tell not to mess with them or just a natural disaster as the scientific reason for the floods? But still we can’t ignore the timing of the cloudburst and not a single scratch has been on the Kedarnath temple. Is there a connection between two or just plain coincidence we don’t know that for sure but this mystery still boggles minds people to this day.+

Netflix is the treasure of many drama series and movies that you can watch anytime. For this winter break if you are looking for some action, drama, romance series that will keep you occupied for days then Netflix is a sure way to do it.

In the state of Uttarakhand lies Roopkund in Chamoli district is a high altitude glacial lake. Do you know what it is known for- skeletons?  Yes, you heard that right. Also known as mysterious lakes of skeletons, situated in the lap of Trishul massif is known for hundreds of human skeleton found in the lake.

Most Haunted Places Of Uttarakhand

India is a land of mysteries and that have many untold stories and secret of kings, wars, murders, etc. India has a long list of haunted places with supernatural occurrences, places abandoned by its people because of mysterious deaths, unknown voices, spirit sightings and many more mysterious hauntings.

Technology is changing every day with innovations and idea that are making the life of people more comfortable. IoT or “Internet of Things” is one such innovation that is revolutionary and changing the way we interact with technology.

TELL ME MORE ABOUT YOUR PROJECT

Content writing is my passion and I provide 100% original content without any plagiarism. still having any doubt fill the form and get a sample or you can check my writing skills on my articles and on my works section.